The Great Brain Robbery: What Everyone Should Know About Teenagers and Drugs

Valuable information for adults and adolescents about the high number of emerging drugs and the history and sources of these drugs are neither oversimplified nor exaggerated. This straightforward book shares important information into how the brain works and why drug use is so devastating and harmful to adolescents, including clear and concise explanations of even the most difficult scientific concepts behind drugs—how they affect the brain as well as the acute and chronic side effects they have on the body. The result is a book filled with sobering facts, figures, and tangible scientific data on a subject where a lack of proper knowledge has powerful ramifications. This new edition is updated with information on designer drugs "P" and "E," GBH, and herbal highs.

Buy this from Amazon

The Truth About Drugs

This text looks at drug abuse, with such topics as: why people use drugs; pro-cannabis versus anti-tobacco campaigns; how drugs impact the brain; the role of genes and personality; why governments are scared of prevention; and legalisation - disaster or the only way forward?

In this book, Kevin A. Sabet argues that the United States should not legalize pot with all of its attendant social costs, nor damage the future prospects of pot smokers by prosecuting and jailing them. 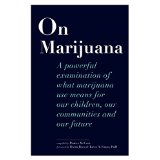 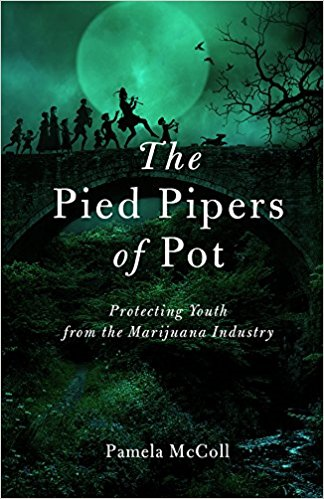 The Pied Pipers of Pot: Protecting Youth from the Marijuana Industry

The historical record and the worldwide fluctuation in marijuana use rates by minors clearly establishes that kids do not just fall into drug use as an inevitable rite of passage. Kids are sold on drug use in specific cultures at various times. The Pied Pipers of Pot reveals how marijuana products have been pushed on the youth sector in recent years through a process of normalization and acceptance. The author argues that kids are no match for the aggressive and emerging marijuana industry and that the key to effective drug prevention is to curtail those that stand to prosper, economically or politically by advancing the pro-pot position.

The Great Brain Robbery: What Everyone Should Know About Teenagers and Drugs
Tom Scott and Trevor Grice