Cannabis is and always has been illegal – even in Holland!

Cannabis is a natural substance from the cannabis (or marijuana) plant.

It is a derivative of the hemp plant (Cannabis sativa) and can take several physical forms including dried plant material (a green or grey mixture of dried, shredded flowers and leaves), blocks of resin and small containers of cannabis oil (rare in the UK).

Skunk, a stronger type of cannabis, now dominates the market.  Skunk (much of it grown here) accounts for at least 81% of cannabis available on UK streets compared with 30% in 2002. Cannabis resin makes up the rest. ‘Old-fashioned’cannabis is almost unavailable now.

Skunk Cannabis is a completely different phenomenon. It is much stronger with higher potency and THC levels as high as 46% where old herbal cannabis contained between 1% and 2% THC.

Cannabis sativa grows well in tropical and temperate climates. Marijuana consists of the dried plant parts, Hashish is the resin secreted by glandular hairs all over the plant mainly round the flowers, protecting the plant from water loss. Sinsemilla is the dried material from the tops of the female plants. Hashish oil (up to 60% THC), is obtained by extraction but rarely used in the UK.

Cannabis contains some 400 chemical substances. These vary with the habitat and are often contaminated with microbes, fungi or pesticides (Jenike 1993, BMA 1997). More than 60 cannabinoids, substances unique to the plant have been identified. The most psychoactive of these and the main cause of many of the other harmful pharmacological effects is THC (delta-9-tetrahydrocannabinol) (Ranstrom 2003). Other natural cannabinoids are delta-8-THC, cannabinol and cannabidiol (BMA 1998). 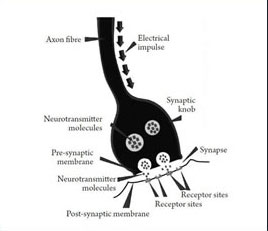 How drugs work in the brain